In the last few months, I have gone through various blogs about the best hosting platform to use for blogging and also for high performance. I even did few polls on every social platform and in 90% of those polls, Siteground was the winner. Although the following factors were truly recommending me Siteground still, I thought of researching more ——

Basically, during that time I didn’t have money for buying the least Siteground package so I looked on other platforms where they offer a trial period. Accordingly, I started working on various other platforms to have practical knowledge, and later I figured out that in Siteground also they offer 30 days money-back guarantee where if you cancel your subscription anytime within 30 days then they will refund your money back without any question.

Check it out : Best for beginners

Eventually, I purchased a starter pack for one of my clients and structured the blogging site accordingly.

Check it out : Best for Ecommerce

In the next 1-2-3 weeks, I was not getting much traffic. At that time I thought maybe I am a mess !! I researched how to bring traffic and SEO optimization. Everywhere it has been mentioned that it is paid blah blah but when I searched the tool in my hosting platform i.e, in Siteground then I got that for free because all of them come inbuilt in your package. I was really amazed to see that so many tools they are providing categorically as an inbuilt thing with your package.

Check it out : Best for WP platform

I wish that I can show you how much traffic I was able to grab by doing that but I don’t have my client approval to show the graph.

It’s almost 4 years I am working in the Cyber Security domain and in this span, I got to know about a few good vulnerabilities while working in various engagements. So I thought of penning it down somewhere as my own repo and that was the main motive behind creating hacksayan.wordpress.com and gradually I thought of migrating from free to paid service 🙂 So I recently migrated here and I will keep updating this blog about my Vulnerability findings as of now and later will see if I can add more.

Security is not a product, but a process !!

Please follow the below steps with me to get the user.txt and root.txt : 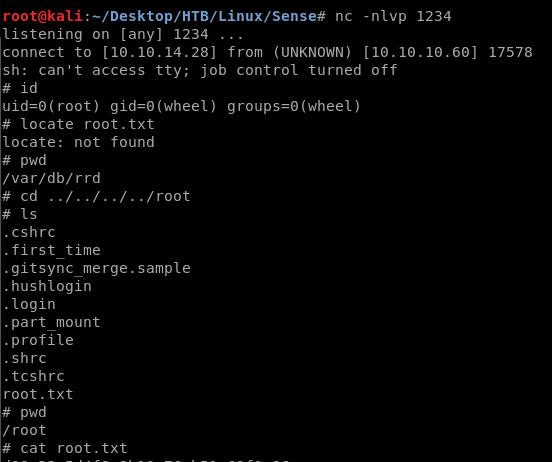 2. Port 21: Check ftp connection with anonymous account. It will work and you will able to see that u can upload and download any file from the remote server using filezilla.

Windows Remote Management (WinRM) is the Microsoft implementation of WS-Management Protocol, a standard Simple Object Access Protocol (SOAP)-based, firewall-friendly protocol that allows hardware and operating systems, from different vendors, to interoperate. The WS-Management protocol specification provides a common way for systems to access and exchange management information across an IT infrastructure. WinRM and Intelligent Platform Management Interface (IPMI), along with the Event Collector are components of the Windows Hardware Management features. –Microsoft

SQL Injection can be classified into three major categories –

The two most common types of in-band SQL Injection are Error-based SQLi and Union-based SQLi.

Error-based SQLi is an in-band SQL Injection technique that relies on error messages thrown by the database server to obtain information about the structure of the database. In some cases, error-based SQL injection alone is enough for an attacker to enumerate an entire database. While errors are very useful during the development phase of a web application, they should be disabled on a live site, or logged to a file with restricted access instead.

Union-based SQLi is an in-band SQL injection technique that leverages the UNION SQL operator to combine the results of two or more SELECT statements into a single result which is then returned as part of the HTTP response.

Inferential SQL Injection, unlike in-band SQLi, may take longer for an attacker to exploit, however, it is just as dangerous as any other form of SQL Injection. In an inferential SQLi attack, no data is actually transferred via the web application and the attacker would not be able to see the result of an attack in-band (which is why such attacks are commonly referred to as “blind SQL Injection attacks”). Instead, an attacker is able to reconstruct the database structure by sending payloads, observing the web application’s response and the resulting behavior of the database server.

The two types of inferential SQL Injection are Blind-boolean-based SQLi and Blind-time-based SQLi.

Boolean-based SQL Injection is an inferential SQL Injection technique that relies on sending an SQL query to the database which forces the application to return a different result depending on whether the query returns a TRUE or FALSE result.

Depending on the result, the content within the HTTP response will change, or remain the same. This allows an attacker to infer if the payload used returned true or false, even though no data from the database is returned. This attack is typically slow (especially on large databases) since an attacker would need to enumerate a database, character by character.

Time-based SQL Injection is an inferential SQL Injection technique that relies on sending an SQL query to the database which forces the database to wait for a specified amount of time (in seconds) before responding. The response time will indicate to the attacker whether the result of the query is TRUE or FALSE.

Depending on the result, an HTTP response will be returned with a delay, or returned immediately. This allows an attacker to infer if the payload used returned true or false, even though no data from the database is returned. This attack is typically slow (especially on large databases) since an attacker would need to enumerate a database character by character.

Out-of-band SQLi techniques would rely on the database server’s ability to make DNS or HTTP requests to deliver data to an attacker. Such is the case with Microsoft SQL Server’s xp_dirtree command, which can be used to make DNS requests to a server an attacker controls; as well as Oracle Database’s UTL_HTTP package, which can be used to send HTTP requests from SQL and PL/SQL to a server an attacker controls.

Meltdown is a cache-timing attack on Intel CPUs that allows all memory to be read by any process because of how they do Speculative Execution. If that sounds like a handful, we wrote this blog for you!

This post includes everything you must know before you can understand Meltdown as a developer (it assumes no knowledge of CPU internals). I highly recommend reading the original paper alongside this from https://meltdownattack.com/meltdown.pdf, I found it to be very readable and extremely well written.

Out of Order / Speculative Execution

Modern CPUs do out-of-order execution whenever they see a branch (if/switch etc). They will typically execute code for multiple branches while the conditional is evaluated. So

will involve both the conditions running simultaneously while the condition is evaluated. Once the CPU has the answer (say “true”), it scraps the work from the second branch and commits the first branch. The instructions that are executed out-of-order are called “transient instructions” till they are committed.

The code in both the branches can do a lot of things. The assumption is that all of these things will be rolled back once a branch is picked. The attack is possible because cache-state is something that does not seem to be rolled back. This is the crux behind both Meltdown and Spectre attacks.

Meltdown specifically works because “any-random-memory-access” seems to work while in a transient instruction. This attack allows a program to access the memory, and thus also the secrets, of other programs and the operating system.

Reading data from RAM is slow when you are a CPU. CPU cache times are in the order of 1-10ns, while RAM access takes >100ns. Almost any memory read/write is placed in the cache: The cache is a mirror image of memory activity on the computer.

Let us say I have this piece of code:

This loads the real secret in memory. An attacker then does the following:

The above access results in an error, and raises an exception. However, the attacker knows that the secret is in one of the 5 possible locations. Since only one of these is ever read by the actual program, it can repeatedly run the program and time the exception to figure out which one of the locations was being read. The one which is being read is cached, and the exception will be raised much faster as a result.

Cache Timing attacks are the building blocks of Meltdown, which uses them as a side channel to leak data.

Now that we’ve explained cache-timing attacks (which can tell you “what-memory” is being used by another program), we can get back to Meltdown. Meltdown happens because:

Step 1. The content of an attacker-chosen memory location, which is inaccessible to the attacker, is loaded into a register.

Step 2. A transient instruction accesses a cache line based on the secret content of the register.

Step 3. The attacker uses Flush+Reload to determine the accessed cache line and hence the secret stored at the chosen memory location.

There are several caveats:

If you try to actually read kernel-space memory directly, your program will crash. Meltdown works around this by making sure that the memory is only read in transient instructions that will be rolled back.

So you wrap the above code with:

And make sure that check_function always returns false. What happens is that the CPU starts running the code inside meltdown function before it has the result from the check.

CPU cache are broken down into several cache-lines. Think of them as lookup hashes for your CPU cache. Instead of accessing single-byte (probe[c]), meltdown multiples the memory addresses by 4096 to make sure that the code accessess a specific cache line. So more like:

If you’re wondering why we are doing a read instead of just printing c, or maybe copying it to another place, it is because CPU designers considered that, and rollback those instructions correctly, so any writes cannot be used to exfiltrate the data from a transient instruction.

Sometimes, the exception is raised before the code executes, and the value of c is set to 0 as part of the rollback. This makes the attack unreliable. So, the attack decides to ignore zero-value-reads and only prime the cache if it reads a non-zero value. Thus the whole code becomes

The similar assembly code (from the paper) is:

jz retry ; retry if the above is zero

The special condition where c actually is zero is handled in the cache-timing where we notice no memory address has been cached and decide it was a zero.